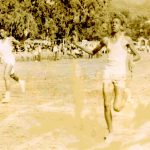 Born in Kingston, Jamaica, I attended Vaz Prep School and Jamaica College before migrating to the UK at 15 years of age.

It was during this period that my interest in the Media took root.

I was invited to be a music columnist for the West Indian World newspaper and later asked to write reviews and reggae features for the prestigious national publication Sounds magazine, working with top music journalists like Vivienne Goldman and Carl Gayle.

This eventually led to an opportunity to be a guest presenter and co-producer of several “one off” reggae programmes for BBC Radio One with top radio jocks like Kid Jensen & Janice Long and Mikey ‘Dread at the Control’ Campbell.

In 1980 I was recruited as Music and Entertainment Editor of the Caribbean Times newspaper and West Indian Digest magazine after writing a tribute to the hero of my generation, Bob Marley when he passed away. 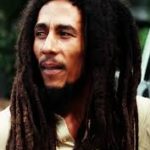 rticle was the front page story for both publications and I was soon promoted to be Assistant Editor for the Caribbean Times, and helped to establish the weekly publication as the leading newspaper in the Black community.

During this time I also introduced the popular ‘Search for a Star’ talent competition which was sponsored by the paper with the aim of promoting the paper to the youth in the Black Community. 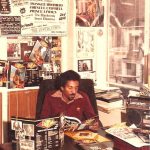 The competition enjoyed massive support from the community and with the encouragement and participation of major reggae stars like Musical Youth, Dennis Brown, Freddie McGregor, Gregory Isaacs, Jean Adebambo, Janet Kay, Alton Ellis, Eek a Mouse, Prince Lincoln, Maxi Priest and The Blackstones (to name just a few) who acted as judges and performed live PA’s promoting their latest releases.

In 1982 I was recruited by the late publisher Val McCalla to create and launch the GLC funded Voice newspaper organization and appointed as the founding editor. By 1984 the Voice was the best selling Black newspaper and today has maintained its position as the most widely read paper in the UK nearly 30 years after it was launched at the Notting Hill Carnival.

In 1983 I devised the popular and visionary Black Beat International music magazine for the organization, and after severing ties with the Voice organization in 1985 I joined Camden Local Council as a ‘Special Projects Arts & Entertainment Officer’ to help devise the Camden Caribbean Festival in 1986.

It was then that I tested the waters of staging big stage musicals when I devised and produced the ground breaking musical “Caribana” with a cast of over 80 singers, dancers and actors!  The production played to a full house (but for one night only) at a jam packed Astoria Theatre in London’s West End and was the flagship event for the Camden Caribbean Festival. The feedback was excellent and the experience inspired the creation of BLACK HEROES IN THE HALL OF FAME which I created and produced in collaboration with JD Douglas (dialogue) and Khareem Jamal (music) and with the help of a modest grant from Camden Council to commemorate and recognize the centenary of Marcus Garvey in July 1987. 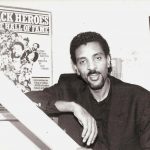 Since then the production has toured all the major provincial theatres in major UK cities – Birmingham, Nottingham, Bristol, Manchester, Liverpool, the Hackney Empire Theatre before becoming the first ‘all Black’ musical to perform a major season in the London’s West End circuit at the Astoria Theatre.

In 1991 the production performed its first overseas tour in Jamaica, and in 1992 toured the USA for the first time, thanks to promoter Quentin Perry from Detroit.

In 1994 Black Heroes returned to the USA and received more critical acclaim and a myriad of Awards and Honours including the prestigious Spirit of Detroit Award, Keys to the County of Dade in Miami, and a Mayoral Proclamation declaring February 5th as ‘Black Heroes Day’ in Washington DC. while breaking box office records at theatres like The Music Hall (Detroit), the New Regal Theatre (Chicago), The Convention Centre in Cleveland, Ohio and the Compton Theatre at Howard University (Washington DC) 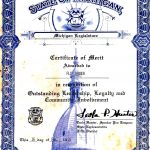 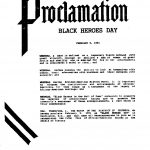 1997: Teamed up with Joyce King to establish The Computer Training Centre (CTC) as the first corporate computer training centre in Kingston Jamaica.

2002: Helped to create Black UK Online (BUKO) in conjunction with Shirley McGreal and Mike Best (both former editors of the Voice) as a online news site for the Black Community. The site was dedicated to the late Val McCalla, publisher of the Voice.

Sadly, after a period of illness, Flip passed away in August 2014. The Flip Fraser Foundation is now continuing his work with the  promotion of cultural awareness, recognition of black achievement, and the revival of “Black Heroes in the Hall of Fame” which he had planned for 2014.

About the Flip Fraser Foundation

The Flip Fraser Foundation is a community based charity for the development and promotion of talent, together with cultural and artistic initiatives in the community focusing on youth, education, training, social up-lifting and personal development programmes.